The Sky’s the Limit: Cobra Aero Rethinks Designing for Additive Manufacturing with nTopology

When your fast-growing company designs and manufactures some 2,000 small engines per year, you like to stay abreast of the latest digital-engineering tools. Yet Sean Hilbert, president of Cobra Aero, is also adamant that the final proof of the integrity of every power and propulsion product he creates for his motorcycle and drone customers is always the test bench.

“In my experience with moving back and forth between the computer-aided engineering (CAE) and the testing realms, honing in on that final design always requires a real-world check,” Hilbert says. “You need those digital-to-physical iterative loops in order to calibrate your models and make a great design.”

Of course, speeding up those iterative loops is essential to staying ahead of the competition. So Hilbert has been exploring the synergies between design software and additive manufacturing (aka 3D printing) to deliver the benefits of lightweighting, part consolidation and material savings—in less time than traditional methodologies. To that end, Cobra Aero has been deeply engaged in several product-development projects with advanced computational-modeling software company nTopology and AM equipment manufacturer Renishaw over the past 18 months.

The evaluation process was carried out in Cobra Aero’s small-engine development test cell, which is equipped with a full AC dyno (with motoring capability) housed in an environmental chamber that can evaluate performance in temperatures ranging from -40 to +150 degrees Fahrenheit. The engine was mounted on a propeller stand and the propeller spun in various ranges of RPMs, with operating temperature controlled by air blown through the cylinder ducts and cylinder-head temperature continuously monitored. 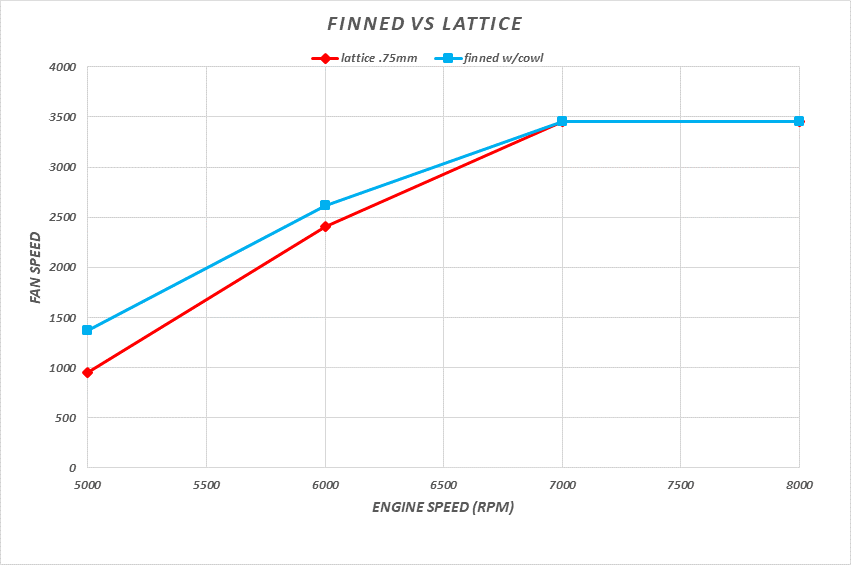 Image 2. Testing demonstrated that the new lattice structure was more efficient at cooling the drone engine than the previous fin design.

Reports Hilbert, “Testing showed that the new lattice structure was more efficient at cooling than our fin design. In every case, at every different RPM, less cooling air was required to maintain proper engine temperature. What this means to design going forward is that we can now make a smaller inlet to the cooling duct, which in turn makes a smaller frontal area on the aircraft, so we have less drag on the aircraft for the same amount of cooling—exactly what we were hoping for.”

The finned cooling system against which the latticed one was measured is itself an AM-adapted, commercially successful design that is being flown now. Says Hilbert, “The finned part that we’re currently shipping works wonderfully and prints beautifully. But it requires a lot of post-processing because it has almost as much support structure on the cooling fins as material in the part itself. And all those support structures have to be manually removed after 3D printing. We knew we could improve on that design.”

The complexities of designing for AM

When they began looking for design alternatives to fins, Hilbert’s team became intrigued by the internal lattice structures they saw being used across a variety of industries, from aerospace to medical devices. By hollowing out a solid aircraft bracket, or a human joint implant, and filling the space with a lattice, honeycomb or gyroid structure, weight can be decreased and strength improved.

The bonus: lattices are self-supporting so don’t require any support structures during the AM build. “We put two and two together and said, ‘hey that looks like an interesting technology to use on our engine cylinders for a couple of reasons,’” remembers Hilbert. “One, a lattice structure would be very print-friendly and two, it might allow us to tailor-fit heat transfer in a better way.”

Kevin Brigden of AM machine-maker Renishaw had been supporting Cobra with the development of their 3D-printed finned design following Cobra’s purchase of a Renishaw system. He recommended they take a look at nTopology. “We thought we could use lattice structures available in nTopology’s software to simultaneously improve the printability of the component and also increase its performance,” he says. “That really got Sean’s attention because these motors are designed to be used in drones, where extra mass can take a particularly heavy toll on payload, range and performance.”

Says Brigden, whose specialty is design-for-additive manufacture (DfAM), “It became immediately apparent to myself and the guys at Cobra that the possibilities that nTopology’s nTop Platform software opened up were virtually endless,” he says. “The fact that the generation of hundreds and thousands of different lattice shapes is mathematical, accomplished without having to create discrete, surface-based models like you’d see in traditional CAD packages, meant we could be a lot more adventurous with our designs for 3D printing.”

The team began using the software to generate different sizes of lattices and varying wall thicknesses of struts, running some computational fluid dynamics (CFD) bulk properties simulations to give them a rough idea of their target lattice densities. Notes Hilbert, “The issue is that the amount of pressure drop across the cooling duct is directly related to the amount of drag on the airframe. “We needed to find that sweet spot where we’re getting enough heat pulled away from the cylinder but we’re not adding a tremendous amount of drag onto the entire structure so the UAV can fly longer, more efficiently.”

Using nTop Platform’s automated capabilities Cobra was able to quickly fill-in the lattice inside their cylinder geometry and terminate it on a highly undulating surface. They considered a variety of configurations and the software handled all the data generated by every lattice iteration with ease.

“The computational modeling technology of nTop Platform really unshackles the previous geometry limitations that many of our aerospace customers have run into with conventional CAE tools,” says Jonathan Harris, lead application engineer for nTopology. “They’ve been trying to get every last thickness-to-weight ratio or performance metric into a part and they can’t go the full mile.

“AM offers so much design freedom, but realizing that potential comes down to representing and designing geometry properly, which is what our software does,” Harris says. “Our implicit algorithms and field-driven design capabilities give designers the ability to synthesize all different sources of engineering data on a single platform, choose how each influences their design, and easily and automatically change and rebuild to fit desired parameters.”

Brigden was impressed as he watched the software in action. “What’s going on behind the scenes is acute control of the manner in which stresses are distributed through the paths of the lattice structure and into the body of the part,” he says. The software allows rapid consideration of different lattice structures, automatically filling in fillets to broaden and smooth strut intersections and connections to the part skin. This distributes stress more uniformly, reducing concentrations that can lead to delamination, and promoting both manufacturability and durability.

“By the time we were done, our models had evolved to the point where they were simply beautiful!” says Hilbert. “Apart from the lattice, we soon realized there were many other advantages to using nTopology software besides no longer needing support structures. We were able to integrate the cooling duct with the cylinder itself, consolidating parts into a single piece. Overall the design is just cleaner, simpler, a tighter package that prints perfectly and presents itself a lot nicer on the engine.”

“This project was a great example of a three-way relationship feeding the design cycle,” says Brigden. Working together, the team arrived at a trio of cylinder designs ready for 3D printing and real-world testing. nTop Platform then produced the engine cylinder part-geometry data in the sliced format required to drive the path of the laser in the layer-by-layer process of metal additive manufacturing; the lattice iterations were printed at the Renishaw West Dundee, IL facility (the company’s North America HQ). Cobra Aero has its own Renishaw machine, but it was fully booked with customer projects at the time. The parts took 33.5 hours to build; testing showed that the middle lattice configuration delivered the best cooling results.

With their cylinder test results in hand, Cobra Aero is now in a position to take further advantage of other advanced capabilities available in nTop Platform as they refine their design towards commercial production.

The next round of testing will measure inlet and outlet pressures across the cooling structure to help determine which lattice density is optimal for the final production part. From those results the lattice geometry might be redesigned in nTop Platform to be progressively thicker or thinner depending on where it is in relationship to the cylinder walls.

Image 4. Screenshot demonstrates the effects on design of a broad range of multiphysics fields, which are being explored and evaluated through a hypothetical engine cylinder model in nTop Platform.

The software’s field-driven simulation capabilities can drive how a model is generated based on a wide range of multiphysics inputs–including temperature, flow velocity and stress as well as pressure. Reusable workflows allow designers to regenerate models without having to start from scratch each time and the software’s implicit algorithms slash computational run times dramatically.

“We’ve definitely come to the conclusion that, in the laboratory anyway, our new lattice-cylinder design is a better mousetrap than our fin cylinder—which is a big deal,” says Hilbert. “We now know we’re in the ballpark in terms of lattice density. From here on out it’s a matter of using nTop Platform to fine-tune all the design parameters we need and make the final tweaks of what we want to go to production with.”