EOS, levitra headquartered in Germany, prescription is the worldwide leading manufacturer of plastic and metal laser-sintering systems. In mid-2007, medical awareness of rapid manufacturing (RM) as a viable, breakthrough technology was beginning to rise in the U.S., but EOS’ Direct Metal Laser Sintering (DMLS) process was not well-known there, and some competitors were already fairly well-established in the market. 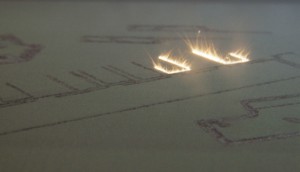 For many years, RM had been pigeonholed in the category of prototyping for visualization, rather than the manufacture of high-quality finished products. Now EOS needed to tackle these outdated perceptions and communicate the strong value of its industry-leading technology during the early stages of a benchmark shift from rapid prototyping with lower tolerance materials to rapid manufacturing of production-grade metals and plastics. The timing of their expansion in the U.S. market presented an important opportunity to educate both trade press editors and potential customers about EOS’ superior products and processes.

After clearing several hurdles in order to be able to market their technology in the U.S., EOS had begun reaching out to some trade journal editors. But with an American office and sales network in place, they needed a wider, coordinated public relations program to fully target their message to the right audiences – a program that Parker Group could provide.

Parker Group prepared a strategic analysis of EOS’ needs to communicate the company’s focus on innovation, the economic benefits of its technology, and the radical shift in manufacturing possibilities offered by DMLS. We coordinated closely with EOS’ management to assume responsibility for existing U.S. PR projects, and built an expanded program of tactical outreach to the engineering, design and manufacturing trade press. We broadened EOS’ media list to cover all relevant industries, developed background documents and photo libraries for editors, and wrote expert bylines and tech briefs to familiarize both the press and potential customers with the technology and its applications across a wide range of industries. We introduced EOS experts to editors, setting up interviews and securing placement in industry-overview articles. We also supported the sales force by working directly with customers on press releases and case studies to strengthen the marketing message with strong testimonials and provide reprints that could serve as collateral.