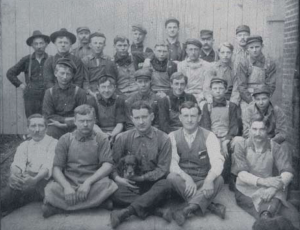 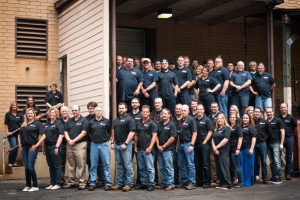 Then and now: Elliot Tool Technologies has been in business for 125 years.

When you’ve sustained a leading position as a manufacturer of tube tools and metal burnishing products for more than 125 years, you’re obviously doing many things right. Keeping an open mind about new technologies is one way to stay ahead in your field—as Elliott Tool Technologies proved to itself yet again when the company added additive manufacturing (AM) to its more traditional capabilities.

Elliott Tool has two divisions, Tube Tools and Precision Metal Finishing, and is a key supplier to companies of all sizes, including Fortune 500 firms in the aerospace, heavy equipment, commercial and industrial HVAC, and oil and gas industries. Elliott Tool delivers high precision tooling that provides fine surface finishes and tight tolerances to manufacturers just about anywhere on the planet.

As global competition grew and timeframes kept contracting, business pressures were mounting for the company. “There’s an ‘I need it yesterday’ reality to the world in which we operate daily,” says Ben Pruitt, manufacturing engineer at Elliott Tool. “We have to be able to get templates and fixturing done quickly so we can produce any exotic or special tooling our customers need.”

With just one toolmaker charged with producing most of the fixtures needed for machining as well as various jigs and templates required for part modification, the company began brainstorming about how to avoid bottlenecks and come up with faster solutions.

“We felt rapid prototyping with 3D printing would help us fill the void,” Pruitt says. “Rather than pulling our toolmaker off of a fixture that might take several weeks, we thought we could use 3D printing to help take care of some of our other requirements.” The initial aim was to realize faster prototyping of parts to enable quick evaluation of compatibility with fixture designs and to achieve lower overall costs versus lengthy, conventional processes.

“From an operations standpoint we felt 3D printing could provide us with fixtures that would keep work flowing faster through the shop,” says Pruitt. But which AM machine could deliver these results cost-effectively?

Shopping for a 3D printer

Elliott Tool had tested several AM machines in the past with less-than-ideal results. “They’d fail mid-print, or the quality of print was poor,” says Pruitt. He was already familiar with Markforged 3D printers, having used one for tooling at a previous shop, and felt it might work for what they were doing at Elliott.

“I didn’t want us to spend a decent amount of capital on something that wasn’t going to produce a quality product,” Pruitt says. “I knew Markforged had good software, good user interface and would be reliable.” He reached out to equipment provider Adaptive Corporation, which has a portfolio that includes engineering software, business analytics and metrology in addition to 3D printing solutions.

Adaptive’s metrology and AM solution specialist Frank Thomas took the call. Notes Pruitt, “First of all I wanted to talk with an actual customer who was local to us and was using the equipment we had in mind—and Frank put us right in touch with one. We learned a lot from their experience with their machine.”

“What Elliott communicated to us was that they wanted the strongest possible 3D-printed parts they could make without having to invest in metal additive technology,” says Thomas. “Something as strong as steel and lighter than aluminum. We recommended Markforged’s Mark Two, and proposed a benchmarking exercise to prove-out its value for their needs.” 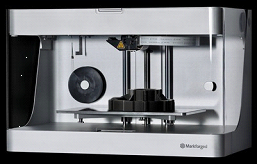 The Mark Two is part of Markforged’s series of desktop AM systems that print industrial-quality materials such as onyx, carbon fiber, fiberglass and Kevlar. Elliott was primarily interested in the onyx capability and some carbon-fiber reinforcement but they’ve since then also experimented with nylon and onyx-reinforced Kevlar for some electrical-conduit paneling projects.

For the benchmarking exercise, “we printed parts for them, tracking the cost and the print times,” says Thomas. “Elliott then compared the cost of conventionally manufacturing the parts either in-house or outsourced, the time delays involved with bid specs, vendor negotiations and so on, and the material costs of doing it that way. When you 3D print something you avoid a lot of steps. You never have to create a 2D drawing, you just go straight from CAD to the AM machine and print the part in hours.”

Decision made, Adaptive moved quickly to set up a Mark Two at Elliott Tool. “We had some tough questions for Frank,” says Pruitt. “But he was able to answer them all—or quickly bring on someone who could.” Queries included the basics such as minimum possible layer thickness and how that changed when you introduced continuous fiber. And what sounded like tougher challenges, such as how to imbed a brass fitting, or a tapped hole, in a 3D printed part—when previously the item was created in metal. The simple answer: program-in pause levels in the AM build to create holes where needed. “I like that you can clearly visualize this process in the software,” says Pruitt.

Training on the Mark Two included almost everyone in the company, engineers and managers alike. “The way we see it is that AM is an entirely new process to almost everyone but it’s actually just another tool on your belt,” says Pruitt. “So the more people who are involved, particularly those in day-to-day traditional manufacturing, the more we can upgrade their overall skill set and elevate our ability as a company to make parts in a greater variety of ways. It really freed up our minds to do that.” 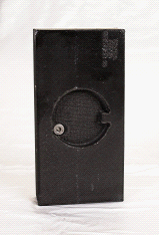 Top to Bottom: A variety of parts produced by Elliott Tool Technologies with their Markforged AM equipment. Left to right: a drill bushing template that locates a part for drilling; a drill fixture used to modify a casting; a speed wrench for loosening spindles on the company’s Swiss machines.

With the Mark Two operational, Elliott began seeing a wide variety of positive results and even began considering some potential end-use parts applications for AM. Air-motor handles that would normally require a lengthy aluminum casting and machining process could be printed overnight on the Mark Two. The first batch of electronic components that needed an urgent engineering change for a customer was turned around in half a day. “Even though it took us 12 days to fulfill the complete order this still saved time and effort over all the different steps that would have been involved if we’d used conventional manufacturing,” says Pruitt.

Pruitt describes a drill fixture exercise that opened his eyes about the potential of AM to improve in-house processes: “We were trying to determine the best way to hold a really odd-shaped part and first we tried to fixture it with steel that conformed to its basic shape, but we couldn’t get the part enveloped enough to hold it steady for machining. Turning to additive manufacturing, we realized we could just take a basic, solid model of the casting for the part, then sweep that shape across another fixture and essentially ‘mold’ the casting to the fixture. We could just print that instead of fabricate it and the result was very successful.”

Pruitt’s team then wanted a few revisions and “nice-to-have” changes that would have cost a lot to go the conventional route. “But with AM all you need to do is make minor adjustments in your [Autodesk] Inventor part files and then recreate the STL that drives the 3D-printing process,” he says. “That’s another nice thing about the software: you can watch the revision changes on screen and if you see you’ve made a design error you can just go back a revision or two before you print.”

A unique CAM plate project is the one that Pruitt reports being “really astounded by” in terms of the quality and strength of the parts that could be produced with the Mark Two. The company was tasked by a first-time customer with replacing the CAM plates on an old horizontal milling machine that dated back to the World War II era. The plates support a table that rides on the angles of the plates and cuts the opposite form of the angles into the parts being milled. 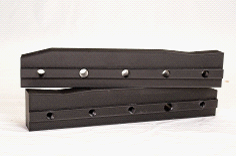 Pruitt decided to compare the integrity of the CAM plate holes under two conditions: reamed-in with post-production steps after 3D printing, or designed right into the 3D computer model used to run the print. “I wanted to see how well the Markforged machine would do as far as perpendicularity, and it turned out a great part,” he says. “I also compared hand-tapped versus printed threads in the holes and they functioned equally well.

“Now that table, plus all the fixturing and parts that sit on top of it, has to weigh well over 300 pounds, so the force on those additively manufactured CAM plates and the repetitive motion of the table going back and forth and riding over the sharp angle on the plates—that to me was obvious proof that our 3D printed parts had the strength of at least aluminum if not stronger. The whole project represented a change in part demand to a new setup and a new type of angle that were needed right away. In just a few days we were able to come up with the right angle and deliver the parts to our customer.”

Beyond design freedom and improved throughput, Elliott is seeing significant reductions in costs—and they’re sharing those savings with their clients.

“One particular button pad was costing us $160 each to produce conventionally,” says Pruitt. “Using 3D printing we can make them for $.69 cents each. Some electrical panels that would normally cost $200-$400 each can now be made for around $16-$30 using the Mark Two. We haven’t done a hard ROI analysis, but we estimate we are saving thousands of dollars and saw a return on investment (the Mark Two they purchased is about $13,500) in approximately six months.”

“Passing these savings on to our customers is always a given when we bring in new techniques to machining, or new processes like 3D printing to manufacturing,” says Pruitt. “Whatever way we identify for reducing costs, we always pass our savings down to the customer—that’s the bottom line for us.”

Adaptive’s Frank Thomas sees Elliott’s results with AM through experienced eyes: “Elliott is a perfect example of a company that just gets it,” he says. “What they were looking to do was really expedite the process of creating functional, in-process tooling. And they have a good approach in the way they’re doing just that, which is to start small with just a few use cases and then look to expand into other areas in the future.

“Some of those attempts will work very well in ways they didn’t forsee in the beginning; in other cases 3D printing isn’t the answer for certain applications, but they’re going to try out a lot of possibilities. Worse case, a test part breaks, best case is wow, here’s another application of AM that we didn’t even think of on Day One!”